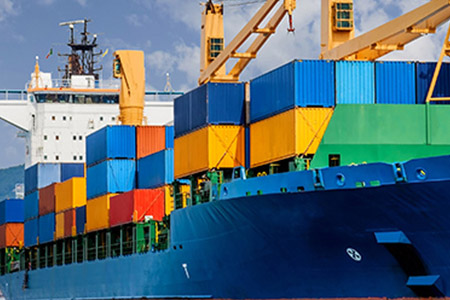 Now that the shipment of export-quality oranges is well on their way to the United Kingdom, let’s go back further in time, when the very first attempts to transport perishables were introduced.

By the late 1860s, beef carcases were being shipped between the local American ports in a salt-ice mixture, with limited success. The first attempt to ship refrigerated meat came in 1877. Unfortunately, the refrigeration equipment broke down and the entire shipment was lost.

The year 1879 saw the first successful shipment of beef and mutton from Sydney reach the United Kingdom, when the good ship Stathleven, equipped with compression refrigeration, offloaded 40 tons of frozen product found to be in reasonably good condition.

However, the first economically viable shipment of product was the sailing of the clipper Dunedin, from New Zealand to the United Kingdom, where 4 300 mutton, 600 lamb and 22 pig carcases, 250 kegs of butter, some hares, pheasant, chickens, turkeys, and 2 000 sheep tongues were offloaded, making the shipping company a reasonable profit for the journey.

By the way, the Dunedin’s refrigeration plant was a Bell-Coleman compression machine. Steam powered, it compressed air, releasing the air onto the hold of the ship. As it expanded, the air became colder, cooling the cargo. This process had the ability to chill the hold to 22°C below the surrounding air temperature, which meant it could freeze the product when sailing through the temperate seas of Southern New Zealand. It would then simply maintain the hold below freezing for the remainder of the voyage through the tropics.

Following this successful venture, from 1900, the refrigerated shipping industry expanded rapidly and soon shipments of frozen beef and mutton between Australia, New Zealand and Argentina, the United Kingdom and Europe, became a common occurrence.

Around the late 1800s, the shipping of fruit commenced, mainly bananas at first. Now all types of perishable products are transported throughout the world, by a fleet of over 30 000 registered merchant ships.

Let us go back on-board a Castle or a Union ship. The year is 1890 and both companies are struggling to find suitable return cargo. Gold and diamond bullion make up the bulk of goods shipped back to the United Kingdom. High in value but of small volume, the ships are returning in ballast, apart from a few returning passengers. As businesses go, the Cape route is simply not financially viable.

All this was about to change for the better.

Since 1889, attempts had been made to ship South African fruit, chiefly grapes, to the United Kingdom. In February of that year, the Grantully Castle left Table Bay with a shipment of fruit, some 130 boxes in total. It arrived in poor condition and the whole exercise proved to be a failure. The shipping of fruit to England was abandoned for the time being by the local fruit growers.

However, a certain Percy Molteno, who was a partner in Sir Donald’s shipping company, the Castle line, took more than just a passing interest in the matter of fruit export.

He realised that scientific input was necessary if fruit export were to succeed.

Accurate observation and experiment had to be substituted for a haphazard approach, and so the cold chain came to be.

Together with his brother, JC Molteno, a successful Cape Colony farmer, they formed a syndicate in 1890, to export fruit to the United Kingdom from South Africa.

Percy Molteno induced the Castle Company to fit cool chambers to several of its vessels and urged the Union Company to do the same.

The first shipment of fruit under the new strict handling conditions arrived in England aboard the Drummond Castle in February of 1892. A few days later, the first South African peaches were sold in London.

There to inspect their quality, were John X Merriman of Stellenbosch and Percy Molteno, where at Covent Garden, they witnessed the opening of case upon case of peaches in superb condition.
The rest, as they say in the classics, is history.

Soon citrus fruit was being exported, when in 1908, the Union Castle mail ships Norman and Armadale Castle took over the first large shipment of oranges.

Encouraged by the demand, the Union Castle Company, at huge cost, increased the refrigerator space in the mail and intermediate vessels to meet various agreements with the South African government.

The pinnacle of development in connection with the carriage of fruit came about when the wholly refrigerated cargo vessel, the Rowallan Castle, took to England in 1943 — the largest shipment of fruit ever to have been exported from South Africa. It comprised 155 000 cases of citrus, measuring some 8 746 tons.

The excellent refrigeration facilities provided by the Union Castle ships contributed in no small measure to the success of the fruit export trade.

Together with the technical staff of the Perishable Products Board of South Africa, the Union Castle Company was able to ship cargoes of pre-cooled fruits from South African ports and maintain them at a perfectly even temperature throughout, within two degrees of variation.

At last, the ships had a meaningful return cargo, leading to a vast improvement in the company’s profit margins.

To my mind, the Union Castle Steamship Company remains one of the greatest ambassadors for South African trade and industry in its time.

For 124 years (1853–1977) it served our country with utmost distinction, succumbing finally to a changing world; a fast-paced world of ever-advancing technology, diminishing standards, and declining values.

By Patrick Burke of RPM Engineering