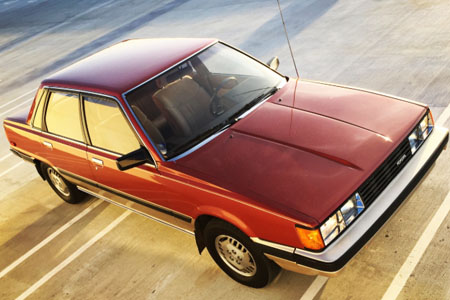 Many elderly engineers have been called back into service to fulfil a vital intermediary role, while the skills pool plays catch-up — is this really sustainable?

It’s around 4:30 on a typical winter’s morning. A vintage Toyota Camry enters the airport car park. The lone occupant draws a parking ticket and soon finds a convenient space for the old jalopy. A greybeard clambers out, opens the rear door and removes a briefcase, a hard hat, and what is obviously a roll of engineering drawings.

The gentleman is on yet another ‘dawn patrol’ flight, winging his way to some distant site, tasked with an assignment on behalf of a grateful employer — grateful in the knowledge that the assignment will be carried out properly, without favour or bias.

In fact, the assignment is his fourth this year and the new Toyota Fortuner, high on his ‘now’ wish list, is moving ever closer to becoming a reality, as his bank balance steadily improves.

The battered leather briefcase is devoid of any laptop or tablet. Its contents comprise an A4 examination pad, a calculator, tape measure, pen and pencil, the project file, and a copy of the specifications spelling out the full scope of work. The only modern kit is his Samsung Galaxy S9 cellular telephone loaded in the top pocket of his predominantly khaki bushveld shirt. His trousers are contemporary steel-grey chinos, his feet encased in well-worn safety boots, sporting traditional red laces.

The person I have attempted to describe is, yes, you’ve guessed it, an engineer of sorts, most certainly retired, or semi-retired. In all probability electrical or mechanical, although structural engineers are also in demand.

His steel-grey hair, or what’s left of it, moustache with grey beard attached, beer paunch, and suntanned face, place him in his mid to late sixties. His familiarity with the check-in procedure and patient demeanour clearly shows that he has done this many times before, in a career spanning more years than he cares to remember.

Once relieved of the security checks, our veteran makes his way to a table at the nearby Wimpy, ordering a simple breakfast and a coffee at the same time. This nice little perk is of course for the client’s account, but taking unfair advantage has never been his style.

He might, depending on his mood, open the project spec, spread it out on his breakfast table, and take another look at the task at hand, before the waitress returns with his coffee top-up and morning newspaper.

On boarding the aircraft, he places the tools of his trade in the overhead compartment, takes his assigned seat, and settles in for the short flight. Once airborne, he fairly soon dozes off, alone with his dreams of fly-fishing near Dullstroom, followed by lunch and an afternoon visit to the village whisky-tasting establishment.

The Corolla hire car isn’t bad. It has all that he needs and drives well. The complimentary packet of mints is immediately opened, two of which go into his mouth simultaneously as he departs the car-park area. His blood sugar no doubt is in need of topping up.

Once on site, he is graciously received by the contractor’s contingent, all millennials, anxiousto show their senior colleague the fruits of their labour.

A lengthy site walkabout ensues, where the greybeard identifies, with the help of the drawings, the inevitable shortcomings and obvious deviations from the specification. With perplexing shakes of the head, accompanied by furious scribblings on the exam pad, a session of serious tongue-lashing follows, where no one is spared, not the subcontractor and not least, the main contractor’s site management team. Even the high and mighty health and safety officer gets a right royal keelhaul for not having his signed report on hand for scrutiny.

The scheduled afternoon project meeting is a mere formality and an hour or so later, all involved are now more than ready to depart, with the guilty contractors offering hollow promises to immediately improve the situation.

Our by-now-exhausted old fellow eventually departs for the airport and the nearest watering hole, totally unconvinced. After all, he has heard it all before, many times.

Over a couple of double Johnny Reds, his inspection report is updated — an easy task given that very little has transpired since his visit a fortnight ago.

Boarding the flight home, he recognises a few familiar faces, identical old characters, each assigned to various projects in the area and now too on their weary way home. However, all are in high spirits, as they eagerly anticipate the not-too-shabby fees due to them for their trouble.

These knowledgeable old-timers continue to make themselves available in the fervent hope that their input will have a valuable influence on the project outcome.

Clearly, it’s not sustainable as they are, after all, mere mortals. Nevertheless, these dedicated old hands, with their infinite experience, will hopefully continue to render a crucial service, until such time as the engineering sector corrects itself insofar as skills and resources are concerned.

Such expectations, however, are entirely dependent on stable governance, a harsh approach to corruption, local and overseas investment, strong growth, and the will of the people to create the best country in Africa.

By Patrick Burke of RPM Engineering